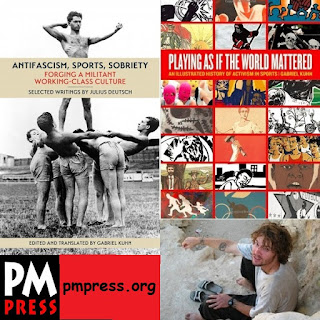 On this edition of No Holds Barred, host Eddie Goldman spoke with writer, activist, and athlete Gabriel Kuhn.

He is the author of several books, including two which we discussed: Antifascism, Sports, Sobriety: Forging a Militant Working-Class Culture and Playing as if the World Mattered: An Illustrated History of Activism in Sports.

We spoke with him Wednesday.

Among the accomplishments of the past that have all but been buried in history are the existence of mass workers' sports organizations and events. Based primarily in Europe, these reached their height in the 1920s and 1930s. There were even several international events known as Workers' Olympics, which drew thousands of participants and massive audiences.These were only stopped by the rise of Nazism and World War II.

However, after the defeat of the fascists and the end of the war, these organizations and events were not re-established on a large scale, with only remnants remaining. The mainstream sports, which had been characterized by the many factions of the workers' movement as "bourgeois sports", now had almost complete dominance in the sports world.

The role of the combat sports in the workers' sports movement of the past was a major one. This was linked to the need to fight the growing danger of fascism, as the Nazi movement grew and took power in many countries, and soon after launched World War II.

"Combat sports were a very important part of the workers' sports movement, especially in Austria," said Gabriel Kuhn. This was where, before the fascists came to power in 1934 in the Austrian Civil War, the idea of Wehrsport, which translates roughly as "paramilitary sport" or "defense sport", was primarily developed.

"In the 1920s and '30s, the stronger the fascist danger grew, the more emphasis was put on the Wehrsport aspect in the workers' sports movement because it became clearer and clearer that the training in workers' sports was actually also an important basis for political resistance against right wing and reactionary forces."

Even though there are not large, mass workers' movements in the West as there had been, there are lessons from the workers' sports movement that can be applied in today's situation by those fighting fascism and reaction.

"Now if we take all this to today, once again you don't have these mass movements, but if you look around Europe for example, and you look at anti-fascist groups, small anti-fascist groups in different countries, that have an interest in sports, and try to kind of resurrect some of these ideas, consciously or unconsciously, that existed in the 1920s and '30s, sort of naturally, combat sports are an important part," he said.

To fight these various fascists and neo-Nazis effectively, he continued, "you got to be prepared. And one of the best ways to do that is to engage in combat sports training."

None of this means, however, that what goes on in the mainstream sports organizations and world should be ignored. The opposite, in fact, is true.

"The question of how that sports is played and organized, and which, both moral and ethical ideas and principles, and then political ideas it relates to, very much depends on the struggle on the ground of the people who participate in that sport," he said.

We discussed these issues in depth, plus: how the wall between sports and politics is fictitious; the take-a-knee protests in American sports against racist police killings and police brutality; how the workers' sports movement held events with tens of thousands of participants along with mass cultural events; how the workers' movement is a cultural movement as well as a political and economic one; the lack of a mass alternative sports movement today and how that relates to the decline of the workers' movement; the numerous FIFA scandals; how current anti-fascist fight clubs and events are organized around slogans like "Love MMA, Hate Fascism"; the role of German Olympic Greco-Roman wrestler and worker Werner Seelenbinder, who fought Hitler and the Nazis; the writings of Austrian socialist Julius Deutsch, who was a leader of the workers' sports movement and who also advocated complete sobriety; why people should still enjoy sports when they can while still fighting against their reactionary aspects; and much, much more. 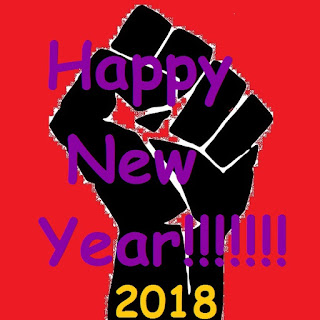