No Holds Barred: Declan Hill on Kickbacks, Coverups, and the Criminal Network of Sports Doping 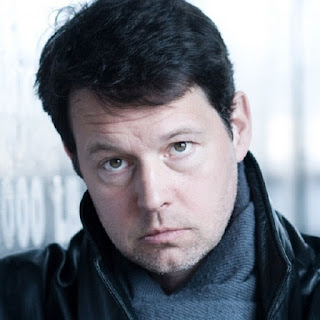 On this edition of No Holds Barred, host Eddie Goldman once again spoke with investigative journalist, academic, and expert on match-fixing in international sports, Declan Hill.

There never is a shortage of topics to be discussed involving corruption, scandals, match-fixing, and doping in sports, but our discussion took place in the midst of revelations about an even worse series of allegations about kickbacks and coverups of doping.

Based on extensive research conducted by the French daily newspaper Le Monde and the German broadcaster ARD, an article was just published entitled "Criminal Practices in Athletics -- Doping and Cover-Ups on Shocking Scale", by Hajo Seppelt and Daniel Bouhs.

The article presents damning evidence that alleges "that extortion, dubious financial transactions and other mafia-style practices have been employed in international athletics over a period of many years. Leading representatives of the International Association of Athletics Federations (IAAF) are believed to have deliberately ignored highly suspicious blood test results for at least six top athletes since 2011 – each in return receiving payments of between €300,000 and €700,000. The organized cover-up of suspected doping in the world of track and field has as such assumed a previously unimagined scale. And once again it is primarily athletes from one nation under scrutiny: Russia."

We spoke with Declan Hill by phone Friday about this and many other ongoing scandals.

"This is taking doping in sports to a whole new level," he said. He noted that the sources for these allegations were Russian athletes themselves, who are the "true victims of these situations" because they were given no choice to dope, other than to leave sport or even flee Russia.

"So this is a criminal network now of sports doping," he said, well beyond anything done by people like Lance Armstrong.

"This is now the systemic criminalization of doping in sport."

On top of all this, the second and final part of the McLaren Report on state-sponsored doping in Russia is scheduled to be released December 9. This will be one day after the close of the IOC (International Olympic Committee) Executive Board meetings in Lausanne, Switzerland, from December 6 to 8. We discussed the mechanics of this state-sponsored doping in Russia, how the leadership of the IOC and many of its sports affiliates are trying to weaken the efforts of the World Anti-Doping Agency (WADA), and how they lack the integrity and courage to confront these issues.

We also discussed the fixing of results in judged sports like figure skating, boxing, and wrestling, and even chess, especially when Russian competitors are involved.

In addition, we discussed the terrible treatment by the IOC of whistle-blowers like Russian runner Yulia Stepanova, who helped expose the system of state-sponsored doping in Russian sport; why these battles transcend sports and how they will not be over after the release of the rest of the McLaren Report; and much, much more.