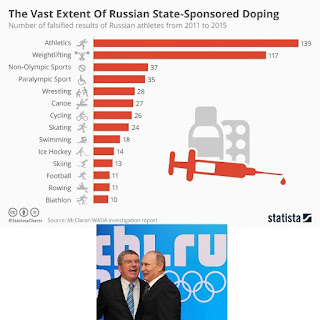 On this edition of No Holds Barred, host Eddie Goldman presents Monday's telephone press conference held by the lawyers for Dr. Grigory Rodchenkov, the former director of the Moscow anti-doping laboratory, who became a key whistleblower exposing Russia's state-sponsored doping program for Olympic and other elite athletes. The main speakers, both representing Dr. Rodchenkov, were attorneys Jim Walden of Walden Macht & Haran, and Derek Borchardt of Patterson Belknap Webb & Tyler.

This press conference was held to announce that Dr. Rodchenkov, through his lawyers, had filed a motion to dismiss a libel case brought in the names of three Russian biathletes: Olga Zaytseva, Yana Romanova and Olga Vilukhina. Dr. Rodchenkov also filed his own lawsuit against Russian oligarch and Brooklyn Nets' controlling owner Mikhail Prokhorov, who Dr. Rodchenkov's lawyers said is "the self-confessed financier of the biathletes' claims", for violation of New York's anti-SLAPP statute (Strategic Litigation Against Public Participation), which could entitle Dr. Rodchenkov to punitive damages and legal fees.

On this call, Jim Walden denounced the International Olympic Committee for not supporting such an important whistleblower as Dr. Rodchenkov.

"It's very clear that they are not going to support Dr. Rodchenkov," he said. "We have called them, emailed them, publicly admonished them, and they refuse to stand up for him, and they refused to stand strong against Russia. So we hope that clean athletes and the media will hold their complicity, hold them to account for it."

More information on these legal actions can be found here.