No Holds Barred: Told Ya 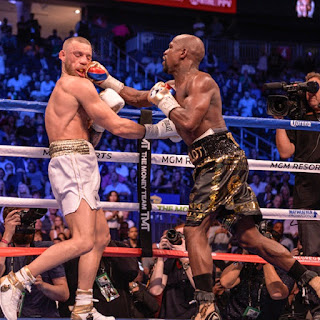 On this edition of No Holds Barred, host Eddie Goldman discusses Floyd Mayweather's tenth-round TKO in a dominating boxing match against UFC fighter and novice boxer Conor McGregor. Who was right and who was wrong in their prognostications about this fight, punching skill and technique in boxing and MMA, what real fighting looks like, deconstructing this entire sorry spectacle, what's coming up in real boxing, and more are discussed.