No Holds Barred: Ward Wins, But Chaos Reigns in Vegas 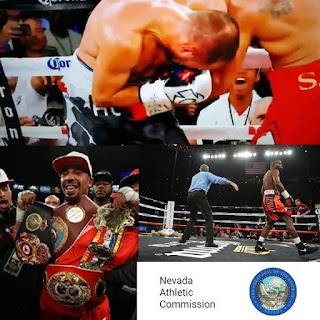 On this edition of No Holds Barred, host Eddie Goldman discusses Saturday's controversial stoppage victories of Andre Ward over Sergey Kovalev and Guillermo Rigondeaux over Moises Flores, and how the blundering of the Nevada State Athletic Commission obscured the great performances of these two top-level fighters.