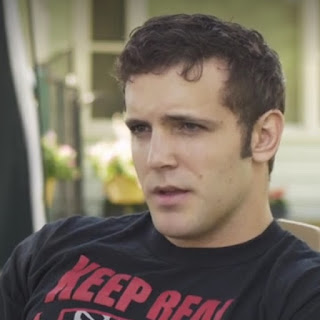 On this edition of No Holds Barred, host Eddie Goldman once again spoke with the captain of the 2011 Michigan State University wrestling team and current catch wrestler, Curran Jacobs.

His next competition will be at the 2017 Frank Gotch World Catch Wrestling Tournament.

He will be wrestling in the men's 199-pound division and, if he wins that, also in the absolute division.

This event, which had its inaugural edition last year, has emerged as the biggest and most important tournament in the world in catch wrestling.

This year's edition will take place Saturday, July 15, at Humboldt High School in Humboldt, Iowa. Humboldt is the hometown of the legendary wrestler Frank Gotch, who was world heavyweight champion in the early 1900s when professional wrestling was still a real sport.

We spoke with Curran Jacobs by phone Monday.

Catch wrestling, where you win by pin or submission, is an art making a comeback. It can appeal to wrestlers and grapplers from every style, discipline, and ruleset.

"However, catch wrestling has a specific ruleset. So for all these Brazilian Jiu-Jitsu guys complaining about the rulesets, the pinning rule, listen, if you don't like it, you don't have to compete in catch wrestling. There are BJJ tournaments out there."

"Catch wrestling has the potential to be THE most exciting style of wrestling in the world," he said.

"It's important to me, it's important to everyone involved with the Catch Wrestling Alliance that we bring it back, and we create an NFL for collegiate, high school wrestlers alike, after they graduate, who don't have Olympic aspirations or who don't want to go through with the MMA scene.

"I think catch wrestling is the best outlet for wrestlers."

We also discussed his match at last year's Frank Gotch World Catch Wrestling Tournament where he defeated Travis Newaza, the role of both pins and submissions in this style of wrestling, why top-level college wrestlers are better suited for catch than MMA, how the best catch wrestlers in the U.S. will be in this tournament, Jon Strickland's online catch wrestling program, plans for the Catch Wrestling Alliance to hold regional tournaments, the need for drug testing in catch wrestling, keeping greed and the antics seen in other combat sports out of catch, the drama and art of catch wrestling, and much, much more.