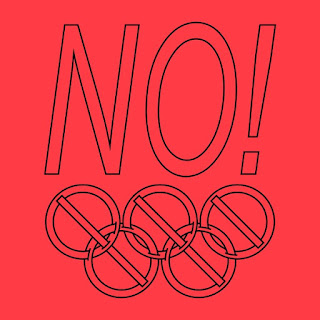 On this edition of No Holds Barred, host Eddie Goldman spoke with Jonny Coleman and Anne Orchier, who are organizers from NOlympics LA.

NOlympics LA is a coalition leading a campaign to oppose the 2024 Olympic bid of Los Angeles. It was launched by members of the Los Angeles chapter of the Democratic Socialists of America, and includes and is supported by a growing number of organizations and individuals.

We spoke with Jonny Coleman and Anne Orchier by phone Monday.

"A few of the key issues that we've called out on our platform include accelerated gentrification and displacement," said Anne Orchier. "L.A. has one of the worst affordable housing crises in the nation. Our homelessness crisis is at pretty much an all-time high. We just found out in the last few days, the latest counts for homelessness came out. And we're up 23 percent from last year." Hosting the Olympics, she said, would shift "away attention and resources from dealing with those issues" and "would exacerbate and accelerate those issues."

She also explained how the Olympics has been used to increase the "militarization of police" and "beefing up surveillance capacities and weaponization of the local police forces."

It is "unchecked capitalism where there is literally no regulation, that corrupts the sports," he said. While such corruption has been well documented in major sports organizations like FIFA and the NFL, "I think the Olympics does it on a much, much grander scale than either of those two."

We also discussed the growth of the international movement against the Olympics; how hosting an Olympics does not benefit youth sports; the exploitation of many athletes who are not paid while sports organizers profit from their efforts; the many criminal elements running international sport; the myth that the 1984 Los Angeles Olympics was successful for the people of L.A.; the hundreds of millions of dollars which the taxpayers of Los Angeles and California will be on the hook for with the inevitable cost overruns; why the Olympics has become "historically unpopular" and its "brand is failing"; why they do not want to "dump" the Olympics on the other 2024 bid city of Paris; models for alternative sporting events; what people can do; and much, much more.

Muhammad Ali, One Year After His Passing 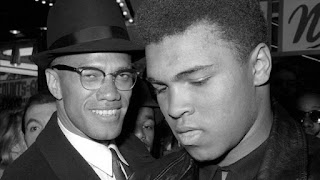 A year after his passing, I have been startled to see the type of new tributes to Muhammad Ali that have appeared. It is not just that these tributes have come now, but that they are so passionate and emotional. There is the tribute by the Syrian hip-hop group Black Bannerz, and the video by Andre Ward, to cite the most impressive ones I've seen.

Yeah, we thought we had seen and heard it all about Ali, right?

But then the filthy Trump got elected, and all sorts of hatred and bigotry burst forth into public view and was made acceptable by very powerful forces. Add to this the regular reports of mass killings, terrorist attacks, and unending wars, and the humanity and humor of Muhammad Ali seem like they were from another world. Maybe, in a sense, they were.

We also have few real heroes in sport or anything else today, so we mourn his loss even more than we might in different circumstances, in a world which was appearing to resolve its crises without compounding them.

It is not so much that we haven't healed from his long-expected death, but that the world today seems to lack anyone like him, or, more importantly, the hope and love he embodied.

The world sure needs you today, champ.


Labels: Eddie Goldman, Muhammad Ali, One Year After His Passing