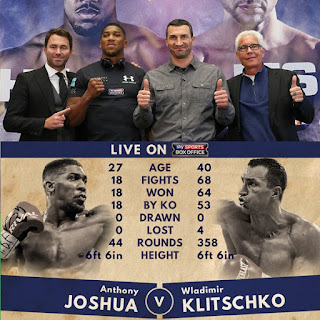 The 27-year-old Joshua (18-0, 18 KOs), who holds the IBF heavyweight belt, will face the veteran former champion Klitschko (64-4, 53 KOs), who will be 41 at the time of the fight, at the 90,000-seat Wembley Stadium in London. This fight, which is also for a WBA title, will be shown live in the U.K. on Sky Sports Box Office and in Germany on RTL, with record viewership likely on each. As of now, both Showtime and HBO are vying for the U.S. TV rights.

As part of a world tour to promote this fight, both Joshua and Klitschko held this New York press conference January 31, along with Joshua's promoter, Eddie Hearn of Matchroom Boxing, and Bernd Boente of KMG Management Group. The press conference was hosted by announcer Adam Smith of Sky Sports.

Some photos from the press conference can be seen here.

In addition to speaking with Joshua, Klitschko, and Hearn, we spoke with two media members who were covering this press conference. First was Kristal Hart of "The Kristal Hart Show" on Manhattan Neighborhood Network. Next was Bob Carson of "Carson's Corner" on BlogTalkRadio. Besides the fight itself and its boxing context, we discussed why this is the biggest fight in the world this year, and if Anthony Joshua can become the next Muhammad Ali.

Here are some photos I took, plus one taken by Bob Carson (the last one), from the January 31 press conference at Madison Square Garden for the April 29 fight between Anthony Joshua and Wladimir Klitschko. This heavyweight title unification fight will take place at the 90,000-seat Wembley Stadium in London. Interviews to come. 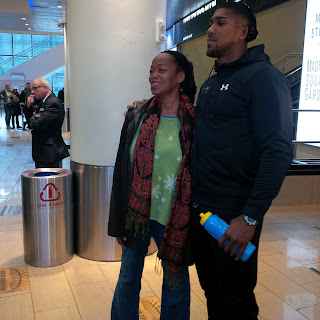 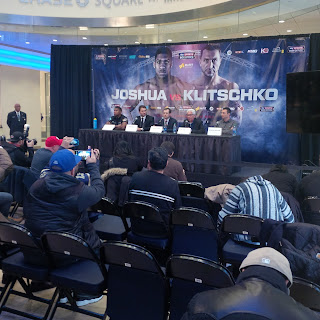 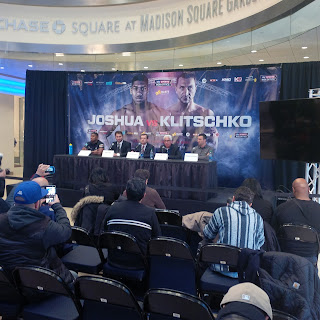 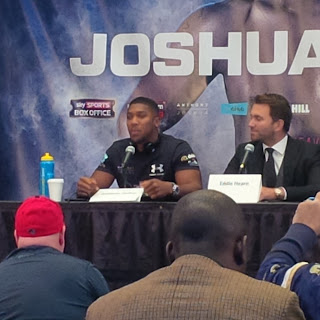 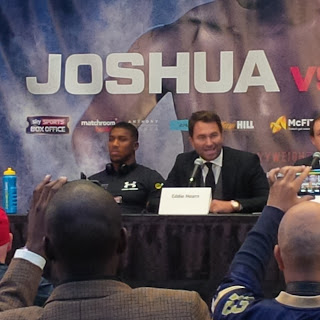 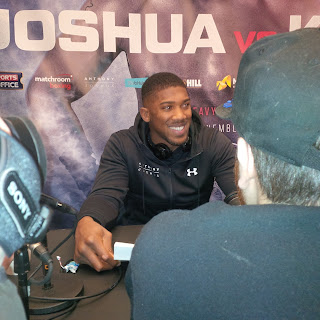 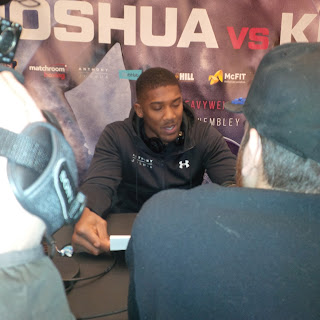 Anthony Joshua talking to the media. 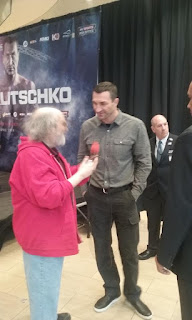