No Holds Barred: CTE, Concussions, Combat Sports, Grappling, and the Road to the Olympics 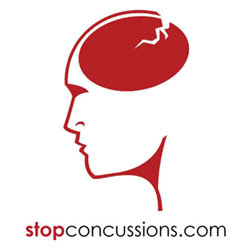 On this edition of No Holds Barred, host Eddie Goldman discusses the impact that the death of 28-year-old New York Rangers enforcer Derek Boogaard from still-unknown causes might have on combat sports. Boogaard had suffered numerous concussions from his hockey fights. His family is donating his brain to the Sports Legacy Institute at the Boston University School of Medicine to see if he had suffered from the brain disease CTE (chronic traumatic encephalopathy), which is caused by repeated head and brain trauma.
How this will affect combat sports like mixed martial arts and boxing, where inflicting head and brain trauma and causing concussions are keys to winning fights, remains to be seen. One possible scenario is that the popularity, exposure, and sponsorships of these sports will all fall dramatically at some point. That could open the door for safer combat sports which have much less head trauma, such as the various forms of grappling.
Grappling, however, is not on the program of the Olympic Games, the largest sporting event in the world. We thus discuss how one or more style of grappling might gain inclusion in the Olympics, the international structure of sports which the International Olympic committee uses as a feeder for the Olympics, the importance of events like the World Combat Games, how grappling in America is falling behind in the movement for Olympic inclusion, and much more.
You can play or download No Holds Barred here. You can also download No Holds Barred here. If one link does not work, please try another. The show is in MP3 format, so may take some time to download.
Also, No Holds Barred is available through iTunes.
The No Holds Barred theme song is called "The Heist", by Ian Carpenter.
No Holds Barred is free to listen to and is sponsored by:
M-1 Global. Founded in 1998, M-1 Global has staged over 100 mixed martial arts events worldwide including the M-1 Selection tournaments and M-1 Challenge events, in Eastern and Western Europe, North America, and Asia. While discovering and developing the world's next generation of superstar fighters, M-1 Global's greatest asset is the number one heavyweight in mixed martial arts history, Fedor Emelianenko. Make sure to catch their shows from around the world, including on Showtime in the U.S., and visit their web site, M-1Global.com, and the M-1 Facebook page for news, videos, and live streaming events.
Beezid.com - Penny Auctions. Your #1 source for exciting auction shopping and outstanding deals on just about anything! Top rated, most trusted auction site online. Where do you shop? Beezid.com - Penny Auctions.
American Top Team. Whether you're a beginner or a champion, train with the champions in Brazilian Jiu-Jitsu, boxing, wrestling, grappling, and mixed martial arts at American Top Team. Check out their web site at http://americantopteam.com/.
The American Sambo Association, which is committed to becoming the premier association in the U.S. dedicated to the advancement of Sambo. Sambo is a form of sport, self-defense, and combat established in the former Soviet Union during the early twentieth century. For more information, go to ussambo.com.