No Holds Barred: Matt Hume on ONE FC 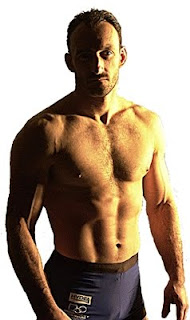 On this audio edition of No Holds Barred, host Eddie Goldman speaks with the veteran MMA and combat sports trainer, official, and former fighter, Matt Hume.
He has just been selected to be the head official and referee for the new mixed martial arts promotion, the ONE Fighting Championship.
ONE FC has its debut show on Saturday, September 3, at the Singapore Indoor Stadium in Singapore. This card will feature 16 fighters who are present or former world or national champions in various disciplines in the martial arts and combat sports, facing one another.
We spoke by phone with Matt Hume on Wednesday to learn about the rules, structure, and organization of ONE FC. The rules will be a unique blend of the North American unified rules and the rules used in Pride FC, where Matt was also an official. We discussed the challenges of running mixed martial arts events in areas where, unlike North America, there is little or no government regulation. ONE FC is aiming to become the largest MMA promotion in Asia, and we discussed its potential to become as popular as Pride was in its heyday. We also discussed his work and role as owner of both Genesis Fights in Seattle, Washington, and AMC Kickboxing and Pankration in Kirkland, Washington, and much more.
You can play or download No Holds Barred here. You can also download No Holds Barred here. If one link does not work, please try another. The show is in MP3 format, so may take some time to download.
Also, No Holds Barred is available through iTunes.
The No Holds Barred theme song is called "The Heist", by Ian Carpenter.
No Holds Barred is free to listen to and is sponsored by:
Beezid.com - Penny Auctions. Your #1 source for exciting auction shopping and outstanding deals on just about anything! Top rated, most trusted auction site online. Where do you shop? Beezid.com - Penny Auctions.
American Top Team. Whether you're a beginner or a champion, train with the champions in Brazilian Jiu-Jitsu, boxing, wrestling, grappling, and mixed martial arts at American Top Team. Check out their web site at http://americantopteam.com/.
The American Sambo Association, which is committed to becoming the premier association in the U.S. dedicated to the advancement of Sambo. Sambo is a form of sport, self-defense, and combat established in the former Soviet Union during the early twentieth century. For more information, go to ussambo.com.