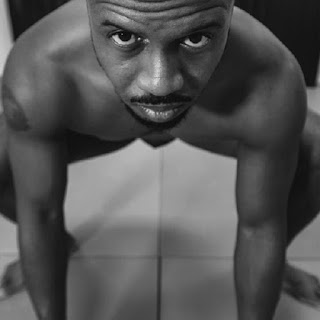 On this edition of No Holds Barred, host Eddie Goldman spoke with Justin Kizzart of Dark Circle Sumo.
Besides founding this sumo club in Austin, Texas, he still regularly competes in the sport and is a trustee of the U.S. Sumo Federation.
We spoke with him by phone Thursday.
Even with the coronavirus pandemic still raging, this was a busy year for Dark Circle Sumo. Along with Dark Clan Fight Lab, they hosted the inaugural Consulate's Cup open invitation sumo tournament in Austin on October 10, 2020. Justin Kizzart himself participated in the Second Annual Queen City Sumo Open hosted by the Ohayo Sumo Association, held December 13, 2020, in Franklin, Ohio, near Cincinnati. There he finished third in the men's lightweight division.
With coronavirus vaccines now starting to be available, 2021 looks to be an even bigger year as sumo in the U.S. revives.
So far, Dark Circle Sumo is scheduled to host two important events.
The first Women's Invitational National Sumo Tournament, hosted by heavyweight sumo wrestler Eros Armstrong, is scheduled for March 6, 2021, in Austin.
For 2021, the U.S. Sumo Federation has also scheduled the 2021 U.S. National and North American Championships to be held in Austin, on June 19, 2021. This will serve as the qualifying event for the 2021 Sumo World Championships in Krotoszyn, Poland in September 2021.
These will set the stage for a major multi-sport event in which sumo is included on the program: The World Games.
The 11th edition of The World Games, usually held staged every four years, was originally scheduled for 2021, but was postponed to 2022 due to the Tokyo Summer Olympics being postponed from 2020 to 2021. Now The World Games is scheduled to take place July 7-17, 2022, and be held in the U.S., in Birmingham, Alabama. 3,600 athletes from over 30 sports and 100 countries are expected to take part in The World Games in 2022.
Besides being able to compete on a world stage in the U.S. in The World Games, qualifying events are slated to be held in December 2021, offering another opportunity for American sumo wrestlers to compete at home and build their sport.
"The year's going to be pretty big, leading up to Birmingham. It is going to be a pivotal moment for sumo," said Justin Kizzart.
"And I think that we have time to really step up what we do here, so that Americans can root. It's here on home soil. So I think it will be exciting for Americans to begin to know the sport, and to start rooting for the different teams that are growing going into the World Games."
And he emphasized, "This is going to be so good for us, so good for us. So I'm excited to see what's coming in the next year and a half."
We also discussed what appealed to him about sumo so that he got so involved in the sport, the need for sumo wrestlers in the U.S. to learn from the training and conditioning methods used by international teams, how sumo bridges the gap between different martial arts, how he started the Consulate's Cup and taught himself about live streaming, training in the 82 winning techniques in sumo, and much, much more.
If you are able to, please make a donation to support No Holds Barred so that the truth can still be told. You can do so at PayPal.me/nhbnews.
You can play or download No Holds Barred here and here. If one link does not work, please try another.
No Holds Barred is also available on these sites and apps:
Google Podcasts
Amazon Music
Apple Podcasts
Stitcher
Spotify
Anchor
The PodOmatic Podcast Player app is available for free, both for Android at Google Play, and for iOS on the App Store.
The No Holds Barred theme song is called "The Heist", which is also available on iTunes by composer Ian Snow.
No Holds Barred is sponsored by:
LenneHardt.com, the home of Lenne Hardt, the legendary MMA and sports announcer, voice actor, singer, actress, and comedienne. Lenne is also known for her jazz vocals with her Lenne Hardt Jazz Cabaret Band. For more information, to book her, or to order a custom message from her, go to LenneHardt.com.
Skullz Combat Sports Equipment, creator of the patented Skullz Double-End Bag, is the perfect punching bag for your combat sports training. Skullz Double-End Bags provide a realistic striking target, and help improve speed, distance, and timing skills. Hang it and hit it right out of the box! No pump required. Skullz Combat Sports Equipment - Advancing combat sports equipment for the next generation of fighters. For more information, go to https://instagram.com/skullzcombatsports and https://facebook.com/skullzcombatsports.
Adolphina Studios. Original art prints and handcrafted fine jewelry. For more information, go to https://www.etsy.com/shop/AdolphinaStudios.
# posted by Eddie Goldman : 12:12 PM