No Holds Barred: Ed Suczewski on Sumo in the U.S. 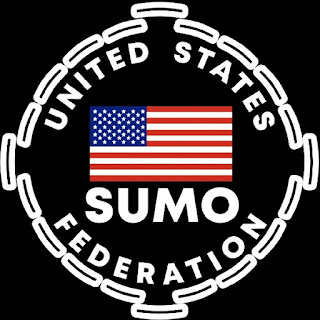 On this edition of No Holds Barred, host Eddie Goldman spoke with Ed Suczewski, a U.S. sumo champion and president of the U.S. Sumo Federation.
We spoke with him by phone Wednesday.
Sumo is a sport to which Ed Suczewski, who competed in American folkstyle wrestling while in school, said he was "instantly drawn". He eventually began competing in sumo, and from there his involvement in and commitment to the sport rapidly grew. But it was not his original intention to become a leader in it.
"In terms of getting involved in the leadership, it's not something I ever really set out to do, but it was just a need that I saw needed to be filled," he said. "I felt the federation had been around for a long time, and a lot of the people who came before me did a lot of great things to move the sport forward. But I felt like I had some ideas and maybe a new direction I could bring to the table. So for that reason, I wanted to get involved and just kind of see what I could offer."
Encouraging and supporting the local and regional sumo clubs to host their own events, like the recent Consulate's Cup in Austin, Texas, has helped expand the sport, he explained.
"In terms of a new direction, I've been really inspired by what these different clubs are doing. And I think for the federation to do what it's doing now, which is taking on more of a bottom-up leadership style rather than a top-down leadership style, and giving the clubs the freedom to really push the boundaries of the sport and move things forward, I think is what we're trying to do," he said.
"And so, opening the door more and more for these clubs and these individual athletes and promoters to move the sport forward, is where we're at."
An icon and star of the past of American sumo is the late Manny Yarbrough. He is still the only American ever to have won a gold medal at the world championships organized by the International Sumo Federation, when in 1995 he was the champion in the open weight division. He also won silver medals in 1992, 1994, and 1996, and a bronze medal in 1993. We discussed finding a way for the U.S. Sumo Federation to honor Manny Yarbrough and his legacy. "It can be done," said Ed Suczewski.
We also discussed the notable enthusiasm for the sport from those involved with the U.S. Sumo Federation today, how sumo is very easy for fans to understand while still involving much technique, how unlike some other combat sports "sumo is actually fun" and builds respect, how it is a family-friendly sport, its still untapped potential outside Japan, the need for a sumo club in New York, how it is the sport best suited for the TikTok short-form video-sharing service, and much, much more.
If you are able to, please make a donation to support No Holds Barred so that the truth can still be told. You can do so at PayPal.me/nhbnews.
You can play or download No Holds Barred here and here. If one link does not work, please try another.
No Holds Barred is also available on these sites and apps:
Google Podcasts
Amazon Music
Apple Podcasts
Stitcher
Spotify
Anchor
The PodOmatic Podcast Player app is available for free, both for Android at Google Play, and for iOS on the App Store.
The No Holds Barred theme song is called "The Heist", which is also available on iTunes by composer Ian Snow.
No Holds Barred is sponsored by:
LenneHardt.com, the home of Lenne Hardt, the legendary MMA and sports announcer, voice actor, singer, actress, and comedienne. Lenne is also known for her jazz vocals with her Lenne Hardt Jazz Cabaret Band. For more information, to book her, or to order a custom message from her, go to LenneHardt.com.
Skullz Combat Sports Equipment, creator of the patented Skullz Double-End Bag, is the perfect punching bag for your combat sports training. Skullz Double-End Bags provide a realistic striking target, and help improve speed, distance, and timing skills. Hang it and hit it right out of the box! No pump required. Skullz Combat Sports Equipment - Advancing combat sports equipment for the next generation of fighters. For more information, go to https://instagram.com/skullzcombatsports and https://facebook.com/skullzcombatsports.
Adolphina Studios. Original art prints and handcrafted fine jewelry. For more information, go to https://www.etsy.com/shop/AdolphinaStudios.
# posted by Eddie Goldman : 3:19 PM