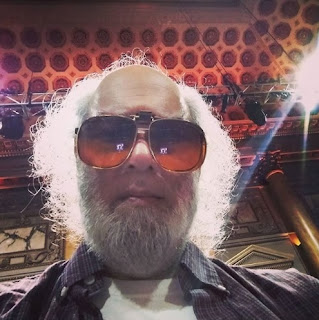 [Note: I first posted this piece on my Patreon page, which I will no longer be updating, on July 3 of this year. Since then, I have found out that the African Warriors Fighting Championship is featuring traditional wrestling from Nigeria on its program. This form of wrestling is very similar to the traditional wrestling of other parts of Africa, including laamb in Senegal, which the original article mentions. The next event of the African Warriors Fighting Championship takes place Saturday, September 14, in Lagos, Nigeria. But the main point still stands, that a World Festival of Wrestling is needed to boost the sport worldwide, and that this remains "A Wrestling Dream".]

There doesn't seem to be a way to control the content of your dreams, as much as we would like to be able to do so. But while awake we can write about what we would prefer be in them.

Consider for a moment the sport of wrestling, the world's oldest. Many of us have dreamt for years of the re-establishment of some sort of real professional wrestling. There have been numerous failed attempts at this, foiled mainly by the lack of expertise in sports management and marketing by those, especially from the U.S., who have blundered their way to rather quick collapse of these efforts.

So how can we have have a revived real professional wrestling, who will run it, and where will it come from?

It certainly won't be from the leadership of international wresting.

Since almost being axed from the Olympic Program five years ago, it has managed to retain its place there. However, it is still a self-inflicted victim of incomprehensible and ever-changing rules, repeated allegations of match-fixing, and a leadership with at least one character who has been barred from entering the U.S. for decades on allegations of being a major criminal. Olympic wrestling is beautiful, but it is run by ugly people, and under these circumstances destined to remain rather anonymous.

Nor will it come from those currently running the bulk of American wrestling.

College wrestling in the U.S. actually outdraws international wrestling both on TV and in arenas, but also is a relatively small sport with limited regional popularity. While it has potential to grow, it is under the thumb of the NCAA, which has little interest, i.e., earns greater revenue from a few bigger sports, in expanding it. Plus, many of the people running American wrestling are completely hidebound and take decades to catch up to changes in society, if they ever do. And outside the U.S., the American folkstyle wrestling practiced in colleges and schools in the U.S. basically doesn't exist. So college wrestling is more or less stuck in the NCAA mud.

There are a few types of wrestling which show potential to be part of fulfilling this dream.

First is catch wrestling. This was the style, where you win by pin or submission, that was used a century ago when real professional wrestling (to the degree that it was indeed real then) was a major spectator sport. Since the total devolution of pro wrestling into a non-sport spectacle, no one has succeeded in re-establishing it as real sport on any sizeable and viable scale. Even today, there are fewer catch tournaments than there were just a few years ago, and very few people involved in it have even bothered to learn how professional sports are run today, despite there being hundreds of sports management programs in colleges and universities.

But while catch wrestling is floundering, and perhaps at one of its lowest points in a decade, many of the people involved in it remain active in it and other combat sports. The talent is out there, but no one has harnessed it. And if organized properly, this style of wrestling has a track record of appealing to fans.

Another appealing style is sumo. In Japan, it is still a popular professional sport, but the officials running it there have shown no inclination to expand it internationally. And sumo in Japan has also been rocked by scandal after scandal.

Sumo remains, however, a form of wrestling that is very easy to understand. The matches are usually quick and the rules pretty clear. It is also a visually appealing sport, one that would work well in this video age and even for those watching on smartphones, whose screen sizes expand with each new crop of models.

There have also been some attempts at organizing pro sumo leagues internationally, and even TV execs have been friendly to such an effort. Bad planning, however, such as relying on costly world tours with little guaranteed attendance, hobbled and eventually ruined these. But again, the untapped potential still exists for sumo.

Next is Shuai Jiao, or the main traditional form of Chinese wrestling. In China, the Great Firewall and lack of international media and marketing expertise have largely kept this sport out of the eyes of the wrestling and sports worlds outside its borders. But reports from China indicate that in many areas it and other styles of traditional wrestling are professional sports with avid followings. Its emphasis on throws also means that it is pretty easy to understand once it is introduced to people, and it is also visually appealing.

Then there is laamb. This is another traditional form of wrestling whose greatest popularity is in Senegal. It is a major professional sport there, although in recent years it has added striking to the rules. But the wrestling part is also easy to understand and not dissimilar from sumo. Laamb's stars are major sports figures in West Africa. It is yet another type of wrestling with untapped potential.

Now, how to utilize this potential?

There are several ways. One is to borrow from the ideas already in use at many events featuring different types of sports.

The World Combat Games, held in 2010 and 2013, featured many styles of combat sports, but was destroyed by political in-fighting in the corrupt Olympic movement, although it is supposed to return in 2021 in Kazakhstan, However, this event is still tied to this Olympic movement and its dodgy international federations, so this will not provide the answer.

Instead, outside of and independently of the Olympic movement, a World Festival of Wrestling featuring these styles should be organized. It can feature these four and perhaps other styles of wrestling. In order to succeed, it needs not only enough money as a key ingredient, but the establishment of a proper organization run by vetted people who are skilled in international sports management, media, and marketing, and have proven their worth in the past. Then there can be national and international video and streaming deals, and some type of tour.

Another alternative is to use the style vs. style angle that jump-started the revival of MMA in the early 1990s. Which style of wrestling is the strongest? Have events where a ruleset is used that is fair to various styles but easy for fans to understand. Have matches pitting top wrestlers from different styles against one another. Use different rules in different matches if need be, as was done long ago at events involving catch wrestling and grappling. Be flexible, but be fair and honest.

Now, where will all these good people come from to organize all this, especially when there have been so many flops and disasters in reviving real professional wrestling?

I did tell you at the start that I was writing about what we would like in dreams. And a dream it does remain, until at least someone comes along to make it a reality. 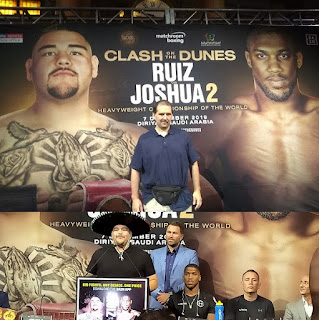 On this edition of No Holds Barred, host Eddie Goldman once again spoke with Bob Carson. We attended this past Thursday's Ruiz-Joshua 2 press conference in New York, and had a lengthy discussion right after it about the fight itself, the media, the controversy about staging the fight in Saudi Arabia, and much more.