Another Wrestler Will Lose Olympic Medal In Doping Re-Test 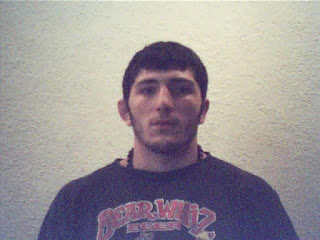 Davit Modzmanashvili of Georgia, who won a silver medal in freestyle wrestling at 120 kg at the 2012 London Olympics, will be stripped of his medal. New analysis shows he tested positive for the banned substance oral turinabol.

Interestingly, in London, he lost his gold medal match to Artur Taymazov of Uzbekistan, who himself was later stripped of his 2008 Olympic gold medal for doping after re-testing. Taymazov is now a member of Russia's Duma representing Putin's United Russia party. Taymazov the doper is also still in the "United World Wrestling (sic)" Hall of Fame.

The full decision on Modzmanashvili's re-testing can be read here.