No Holds Barred: Matthew Gelfand on Shuai Jiao in America and the World 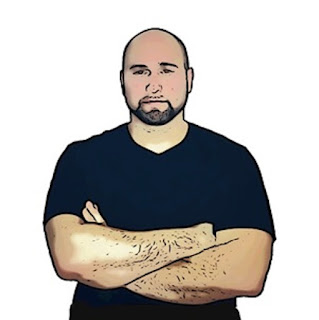 On this edition of No Holds Barred, host Eddie Goldman spoke with Matthew Gelfand, an instructor and coach at Shuai Jiao Evolution.

Based in New York, he will be traveling to California this coming weekend for the 2019 TCAAT Shuaijiao Tournament of the San Francisco Bay Area.

We spoke with him by phone Sunday.

Shuai Jiao, the Chinese traditional style of wrestling, is clearly recognized as being one of many styles of wrestling taught and competed in by many people who also are involved in countless other styles of wrestling, martial arts, and combat sports. He mentioned American Lavell Marshall, a Shuai Jiao instructor and wrestler, who is currently training and competing in China.

"The way we all look at is wrestling is wrestling," he said, "so as an example Lavell out in Mongolia doing Bokh, or Mongolian wrestling."

Even this upcoming TCAAT tournament is trying to go beyond the traditional Shuai Jiao rules, where wrestlers must wear special jackets. At the July 13 TCAAT event, "there's even going to be a non-jackets division in order to hopefully entice people who are interested in playing the rules but aren't used to the jacket," he said.

"I think people don't necessarily understand, especially in America, what the differences and the similarities are between the arts," he noted. He hopes, as a "pet project", to demonstrate exactly what the similarities are between styles such as Greco-Roman wrestling, Shuai Jiao, judo, sambo, etc., so that "people can get the idea about the fact that we're all kind of cousins."

And, he reiterated, "Wrestling is wrestling," and that "there's so many different things you can learn from each art, there's so many different ways of doing the same thing, that a lot of times people just kind of stand at their own place and they don't want to blend with other styles, but the fact is there is something to be learned from everywhere."

We also had a wide-ranging discussion about the often confusing array of national and international Shuai Jiao organizations and how most groups are finally starting to work together. We also discussed how he got interested in Shuai Jiao; how in China there are "four or five" professional Shuai Jiao tournaments a month; why much of what goes on in China involving Shuai Jiao is not known in the rest of the world and how that is starting to change; upcoming tournaments in Brazil in October and in Brooklyn next January; and much, much more.

Note also that I am reviving my Patreon page. This is a crowdfunding site where people post all sorts of content and ask that this work by funded by what the site calls patrons. This will allow me to continue with the kind of unbought and independent, intelligent combat sports journalism that I have been providing for almost three decades now. My page is at https://www.patreon.com/eddiegoldman, and you can make a monthly contribution of any amount you wish. All contributions, no matter how small or great they may be, are greatly appreciated.