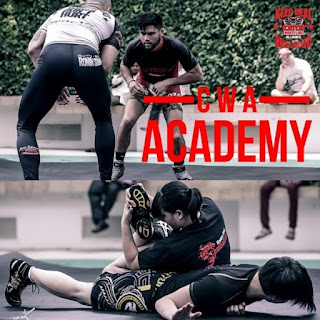 It was just announced that they are starting a new interactive, online venture, the Catch Wrestling Alliance Academy.

We spoke with him by phone Friday.

"For the longest time now, people comment on our videos. They send emails. They're asking for DVDs or places that they can learn. I'm sure that's the most common thing, where someone in some remote part of the planet, they're saying, of course there's hardly any kind of martial arts instruction nearby, and they definitely love catch wrestling. So they just need the training to be more accessible," he said.

"So I thought that maybe to serve the majority of people, regardless of your location, we should probably go online, but also not just put out DVDs.

"We have to make this a little bit more interactive, where the students that can be learning online from videos and from PDFs that we make, but we have to put it in a format where they can also ask questions, if they have any misunderstandings, so that they can actually just get the best level of instruction without having to be present in a class. That is probably the best we really can do."

So while, obviously, training in person in catch wrestling is invaluable, where that is not possible, this is "the next best thing."

The first of these online interactive course is called "Catch Wrestling Fundamentals: Stand Up." Upcoming courses will include mat wrestling, controlling and restraining opponents both in sport and self-defense situations, integrating striking into wrestling and grappling, and psychological and mental aspects of sports performance.

We discussed more of the details on how to access this training, who some of the instructors will be, plans for catch wrestling competition in the Los Angeles area, the growth of interest in catch wrestling in China, and much more.