No Holds Barred: Fury vs. Wilder, Battle of the Unbeaten and Overrated 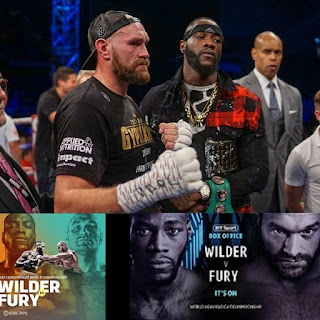 On this edition of No Holds Barred, host Eddie Goldman discussed the return to the ring of former heavyweight champion Tyson Fury, who easily outpointed journeyman Francesco Pianeta this past Saturday at Windsor Park in Belfast, Northern Ireland. Right after the fight, as expected, it was announced that he would be fighting WBC heavyweight champ Deontay Wilder at an unspecified date and location later this year. Discussed are Fury's comeback so far, how such a fight with Wilder might look, both the sport and business reasons this fight was set at this time, and much more about boxing. Also, the show opens with an explanation of the recurring Internet problems caused by Verizon which have hampered production of No Holds Barred.