Joshua vs. Klitschko: Final Thoughts Before the Knockout 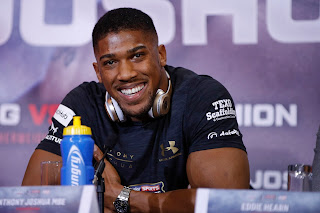 I have exercised my right to change my mind regarding giving discussion on the April 29 Anthony Joshua-Wladimir Klitschko fight a rest until fight time. My reasons include the apparently imminent publication of a major piece previewing this fight by the inestimable Charles Farrell. There already was an excellent breakdown of what to expect in this fight by Frank Lotierzo. I worked with both of them on the now-defunct BoxingRanks site. We are also in agreement that we expect a knockout win by Joshua early in the fight. This is the best place for a brief summary of my thoughts the day before the fight.

All signs point to Saturday being the start of worldwide superstardom for Anthony Joshua, and not just the beginning of a new era in the ever-shrinking nook of boxing. Yet Joshua's rise has not yet been visibly met by robust coverage from people you would expect to be intrigued by his appeal, including those in the so-called progressive media and in what's left of the American Black media.

Here is a man who is on the verge of becoming the universally recognized heavyweight champion of the world. He is the son of Nigerian immigrants to the U.K., has a tattoo of Africa with an outline of Nigeria's borders on his right shoulder, coupled with the word "Wisdom", is a former bricklayer, and survived several early missteps and run-ins with the law which had him have to wear an ankle bracelet for a year. While Joshua is already receiving much coverage in the English-speaking African media, one look at the composition of the media attendees at his recent press conferences in New York and London reveals a rather pale and paunchy lot.

Of course, most of the so-called progressives today are enamored of Putin and his Russian criminal oligarchs, as well as murderous regimes in Iran and Syria, and are most at home at conferences at elite universities. So someone like Anthony Joshua, who played several sports and actually fights for a living, is not on their radar. That his appeal resonates so greatly with Black, African, and immigrant peoples, as well as fight and sports fans, is irrelevant to these pencil necks.

The lack of bombastic coverage in the Black American media is instead more directly due to the general dreadful state of the media and the decline, up until recently, of the Black Liberation Movement. Media consolidation and ultra-commercialization have marginalized Black media perhaps more than at any time since the newspaper era began. Where are the breakout Black Internet media sites?

This could change with the development of the Black Lives Matter movement. Of note is that activist, community organizer, attorney, and poet Nikkita Oliver, who is running an invigorating campaign for mayor of Seattle representing the new Peoples Party of Seattle, and was active in the Black Lives Matter movement, is a recreational boxer at the Arcaro Boxing Gym. We may not be at the Muhammad Ali and Malcolm X stage yet, but things they are a-percolating.

For my part, I have had numerous editions of No Holds Barred on Anthony Joshua and interviews with him. Here are a few:

No Holds Barred: Is Anthony Joshua Boxing's Next Superstar?

If you want to know more about what is in Joshua's mind, just read some of what he said at Thursday's final prefight press conference in London. I transcribed the comments below from the video of it. They are in response to a question from writer Gareth Davies about carrying the mantle of the heavyweight championship globally and with dignity, following a quite respectful build-up to this fight. Here is what Anthony Joshua said:

For me, I think, before the belt, you carry the burden of your family's name. My son's name is Joshua, and I carry that with pride. So carrying the belt doesn't change me as a person.

But I just want to represent myself the best way, because I know behind me is a million people that walked the same path as me and have come from the same background, and I think I'm a representation of these people and I project that onto many others who then look upon us and judge us. So that's where I come from.

So the belts, if you see, like, some people want to carry their belt, and I'm not really into all that nonsense, 'cause I am who I am with or without the belt.

And I always said that, it's not just what you do inside the ring. It's a championship mentality throughout life.

That's how I see myself with or without the belts. 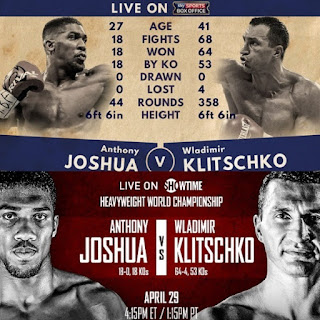 Showtime has announced that they will stream the major fight week events leading up to the April 29 heavyweight title unification showdown between Anthony Joshua and Wladimir Klitschko, taking place in London. These will all be streamed on the Showtime YouTube channel, at https://www.youtube.com/user/shosports.

Here are some photos taken before, during, and after the April 23, 2017, broadcast of "Sunday Night Live" AKA "The Late Joey Reynolds Show" at the studios of WABC radio in New York. 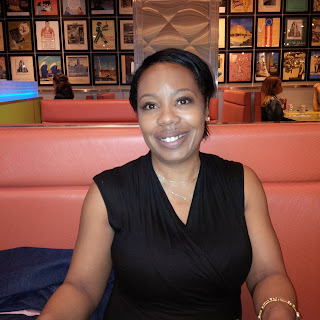 The night started off with dinner with the talented and beautiful Ronda Fowler, who will hopefully soon be making her return to the comedy stage, and who took most of these photos. 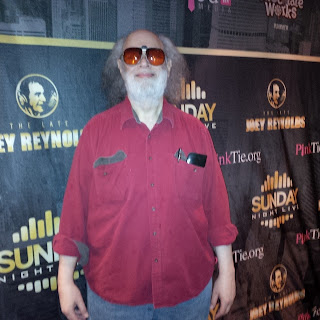 Eddie posing in front of the "Sunday Night Live" banner. 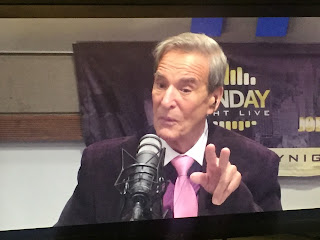 Joey Reynolds on the air. 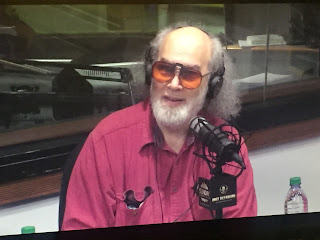 Eddie on the air. 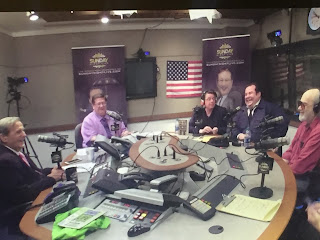 Eddie and Joey and guests in studio. 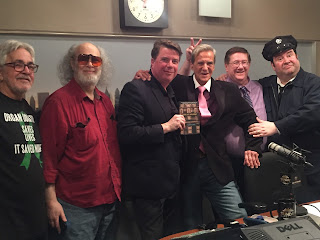 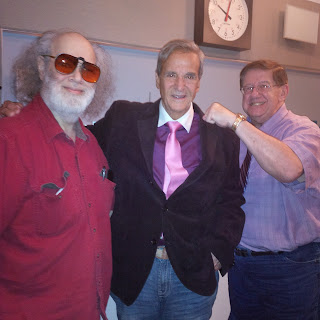