No Holds Barred: The Tyson Fury Fiasco, So Far 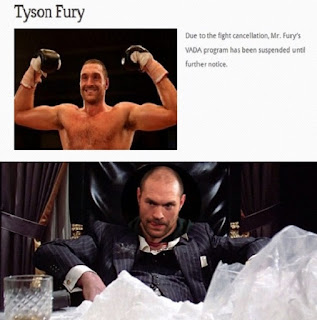 On this edition of No Holds Barred, host Eddie Goldman discusses the latest developments in the ongoing saga of the reign of heavyweight boxing champion of the world Tyson Fury. Among the topics discussed are his recent positive drug test for cocaine, what it may reflect about him as a person, the possibility he is heading for tragedy, the cancellation of his rematch with Wladimir Klitschko, how all this seemingly will lead to him being stripped of his belts, and much more.