No Holds Barred: John Perretti on the Life and Death of Kevin Randleman 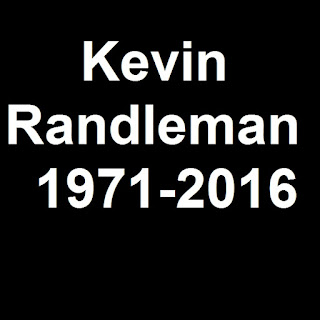 Our focus was the untimely passing of the two-time NCAA wrestling champion and former UFC heavyweight champion Kevin Randleman, who passed away February 11 at the age of 44. John Perretti was the UFC matchmaker for most of his fights there and during his title reign.

It is important to examine what we know and what lessons can be drawn from this sad event so we can try to avoid future such tragedies. While we mourn Kevin Randleman's death and celebrate his life, we also must try to get to the truth. But the details of his passing, and exactly how and why it happened now, are still not completely known. News reports about it have been vague, without clear sources, and even contradictory. But we do know how he lived, and the dangers that posed for him.

"He was a specimen, but he would have been on my top ten list of guys to go early," John Perretti said.

"He burned twice as bright, so to speak.

"Also, I don't know what he was doing as of late, but guys of that kind of physicality have a short half-life. And I'm not sure where he was mentally, and I can't speculate on that. I know how difficult it can be to age, although he was only 44."

But, he added, when he heard the news of his sudden passing, "I wasn't at all shocked."

We discussed the many health problems Kevin Randleman faced, including battles against staph infections, as well as being suspended by the Nevada State Athletic Commission in 2007 for providing a fake urine sample for a drug test.

For many years in MMA, John Perretti said, use of performance-enhancing and other drugs was rampant.

"Conservatively, 85 percent of all fighters during my time period and prior were on drugs," he said.

"Not just fooling around drugs, but performance-enhancement drugs. And I know a lot of the dealers who dealt, who were also fighters, personally. So I know the list, and I know from personal exposure, that, I would say that 50 percent of the guys that I dealt with, I've seen them using performance-enhancement drugs. This was a situation that was normal, and this was a situation that was prevalent."

While we still need more information as to why Kevin Randleman passed, we were able to discuss more generally the issue of safety in MMA. From the birth of modern MMA in North America in the 1990s, many people argued for the sport's legalization and recognition as being legitimate by saying that it was safer than established sports including boxing and even American football, and thus should also be legalized.

That was true in those days, said John Perretti, but today it is "not so," and we discussed why.

Still, what role these factors played in the death of Kevin Randleman, if any, is not yet known.

We also discussed some highlights of Kevin Randleman's career including his excellence in college wrestling and controversial loss to Bas Rutten in UFC, the growing awareness of the perils of head trauma and concussions in sports, and much, much more.