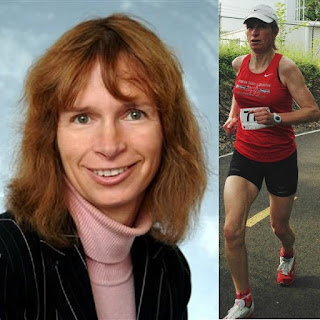 On this edition of No Holds Barred, host Eddie Goldman spoke with Joanna Harper, a transgender athlete and the chief medical physicist, radiation oncology, at the Providence Portland Medical Center in Portland, Oregon.

She is the author of a study in the Journal of Sporting Cultures and Identities called Race Times for Transgender Athletes.

She also wrote a piece in the Washington Post called Do transgender athletes have an edge? I sure don't.

In November, she was involved in meetings with the International Olympic Committee (IOC) about revising and updating their policy towards transgender athletes. The IOC has recently publicly released these new guidelines.

We spoke with Joanna Harper by phone Tuesday.

"The IOC brought in 12 of us from around the world to Switzerland in November, and we had a very productive few days of discussions and came up with rules that I think were huge improvements on the old rules."

For transgender women athletes, the new guidelines reduce the waiting period to compete after undergoing hormone replacement therapy from two years to one year. They also eliminate the necessity of undergoing gender-reassignment surgery.

For transgender men athletes, the new guidelines say they can now compete "without restriction".

We also discussed why for female transgender athletes anatomy "makes no difference" but the testosterone level is "most important"; how the IOC's new guidelines are very close to those already in place in the NCAA; how transgender people are actually very underrepresented in sports; how the issue of equitable competition involving transgender and cisgender women athletes may vary from sport to sport; the situation involving Fallon Fox, the first openly transgender MMA fighter; and much, much more.