No Holds Barred: Wade Schalles on the Crisis in Wrestling 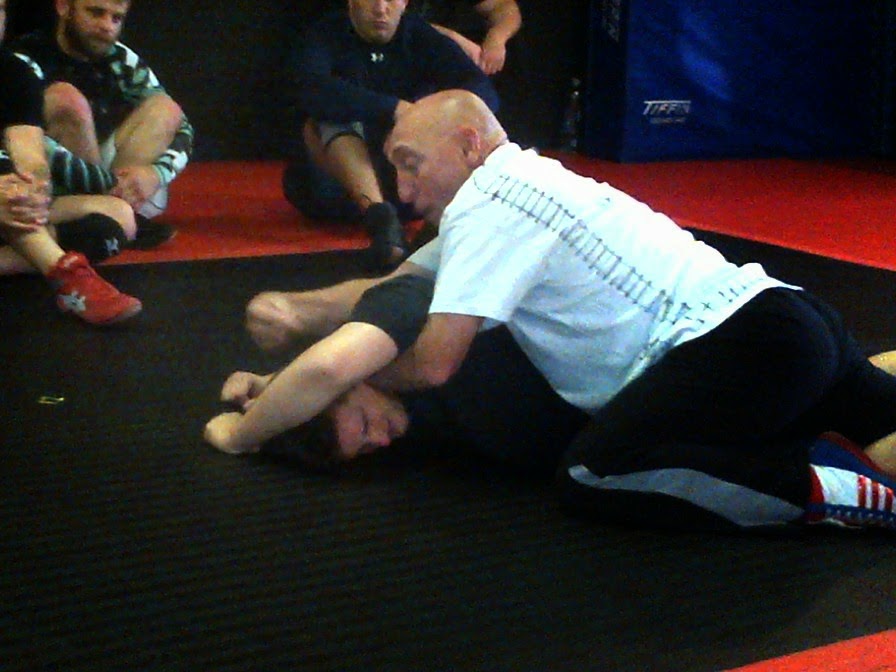 On this edition of No Holds Barred, host Eddie Goldman once again spoke with Wade Schalles.

Besides being a two-time NCAA wrestling champion, a master pinner, and a 1991 inductee in the National Wrestling Hall of Fame, Wade Schalles is also presently training people in catch wrestling by serving as coach of Scientific Wrestling.

A lot of his attention of late has been aimed at chronicling the many problems facing the sport of wrestling in his multi-part series called "How Wrestling Wins", and offering solutions.

On the occasion of a major event such as the 2015 NCAA Division I Wrestling Championships, which just took place March 19-21 in St. Louis, Missouri, it is important to find out his take on what it reveals about the state of wrestling today.

We spoke with Wade Schalles by phone Wednesday.

Speaking about the 2015 NCAA Division I Wrestling Championships, he said, "It's another wonderful event. It's our flagship event. I could either take this interview and make it all positive, which people tend to do in wrestling. I think it's smart to do the positive, talk about the greatness of the sport, and where we're headed, and the things it does for children."

He cautioned, however, "But I'm afraid we have very little time left to be positive."

The wrestling community, he said, "has to awaken to the problems we have. We only have maybe two-three years at most before bad things are going to happen to a lot of the non-revenue sports, not only wrestling."

Here he is referring to the effects of the O'Bannon decision, which mandates that colleges directly compensate many athletes in "revenue" sports like football and basketball, and where they will find the money to do so.

What must be done is, "Basically we have to get our costs in line. We have to increase our revenue potential. We have to spend wiser," he said.

We discussed why the current decision-makers in wrestling have not been making the "tough calls"; why the TV ratings for the 2015 NCAA Division I Wrestling Championships were not really impressive; how there is "no one in charge" of the sport of wrestling as a whole; why the college wrestling season should be moved to the spring so as not to conflict with the widely televised NCAA basketball tournament; why everything in wrestling must become "spectator-centric"; why he is planning on leaving wrestling; the potential for the re-emerging sport of catch wrestling to be "spectator-based" and exciting; and much, much more.