No Holds Barred: On Bull Riding, MMA, Boxing, and Wrestling This Weekend 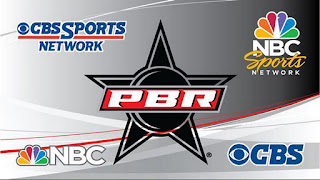 On this edition of No Holds Barred, host Eddie Goldman previews the 2012 season opener for the Professional Bull Riders at Madison Square Garden in New York, January 6-8, as well as the Strikeforce MMA card in Las Vegas on January 7. Also discussed are the drama outside the ring in boxing involving Floyd Mayweather (whose jail sentence from a domestic violence case was just postponed until June) and Victor Ortiz. And previewed is the showdown Saturday night, January 7, between the number one college wrestling team in the U.S., the University of Iowa Hawkeyes, and the number two college wrestling team, the Oklahoma State Cowboys.
Also noted are the similarities between bull riding and MMA, including the success in both sports of athletes from Brazil; how bull riding is legal in New York but not MMA; how New York Governor Andrew Cuomo wants to legalize casino gambling which requires a state constitutional amendment, but has said nothing about legalizing MMA; and more.
You can play or download No Holds Barred here. You can also download No Holds Barred here. If one link does not work, please try another. The show is in MP3 format, so may take some time to download.
No Holds Barred is also available on mobile phones and iPads through Stitcher.
Also, No Holds Barred is available through iTunes.
The No Holds Barred theme song is called "The Heist", by Ian Carpenter.
No Holds Barred is free to listen to and is sponsored by:
Beezid.com - Penny Auctions. Your #1 source for exciting auction shopping and outstanding deals on just about anything! Top rated, most trusted auction site online. Where do you shop? Beezid.com - Penny Auctions.
American Top Team. Whether you're a beginner or a champion, train with the champions in Brazilian Jiu-Jitsu, boxing, wrestling, grappling, and mixed martial arts at American Top Team. Check out their web site at http://americantopteam.com/.
The American Sambo Association, which is committed to becoming the premier association in the U.S. dedicated to the advancement of Sambo. Sambo is a form of sport, self-defense, and combat established in the former Soviet Union during the early twentieth century. For more information, go to ussambo.com.