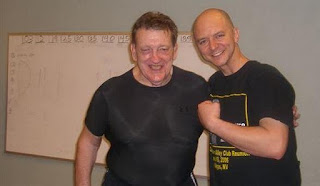 On this edition of No Holds Barred, host Eddie Goldman speaks with catch wrestling legend Billy Robinson and Jake Shannon of ScientificWrestling.com.

Although he is in his seventies, Billy Robinson is still traveling the world to conduct seminars to pass on the art and science of catch wrestling, as he learned it in places like the legendary Riley's Gym in Wigan, England. Jake Shannon is also a key part of this movement to revive catch wrestling, organizing seminars and training sessions as well as writing books and using the Internet to promote the revival of this sport.