No Holds Barred: Rudy Gonzalez, The Inner Ring, and the Sacrifices of Mike Tyson 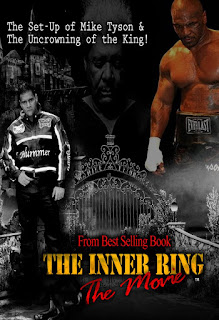 On this audio edition of No Holds Barred, host Eddie Goldman speaks with Rudy Gonzalez, the former personal bodyguard, chauffeur, and confidant of Mike Tyson. Rudy is the author of the explosive book about Mike Tyson, The Inner Ring. He is also working on making a film based on this book.

We spoke with Rudy on Thursday when he was in New York. We discussed many of the incidents and tragedies in the life of Mike Tyson both in and out of the ring, with Rudy providing many behind-the-scenes stories and offering his theories as well. We spoke about Tyson's disputed rape conviction and imprisonment, how his boxing career nosedived shortly after the death of trainer Cus D'Amato, his relations with and subsequent lawsuit against promoter Don King, the place of Tyson in boxing history and how great he may have become, and much more.