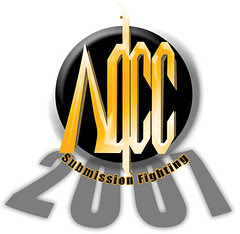 The backstory was hardly that of an historic sporting event. When Tito Ortiz and Ken Shamrock first fought in UFC in 2002, Ortiz pounded him and won via a third-round TKO. Their rematch, in July of this year, was even more one-sided, as it took Ortiz just one minute and 18 seconds to ground-and-pound the now-42-year-old Shamrock.

Although Shamrock was obviously hurt and in trouble at the time of the stoppage of the rematch, some believed that referee Herb Dean had halted that contest prematurely. Thus, the UFC hype machine, which endlessly reminded us that these two supposedly hated each other, built an entire non-pay telecast on October 10 around their third meeting, even though virtually anyone who followed mixed martial arts and viewed it as a sport had no doubt who the victor would be, and once again in short order.

Their third fight ended the same as the second, this time in a mere two minutes and 23 seconds. Yet record numbers of viewers tuned in to see what was essentially a soap opera disguised as sport. The rating of the show in the U.S. was 3.1, meaning that it had been on in 2.8 million homes. It also received the largest viewership ever for any UFC fight.

What does this say about the current direction of UFC and the state of mixed martial arts? We start to answer those questions anew in my latest piece on the ADCC News. It is called "UFC's Ortiz-Shamrock 3: The Ultimate Sham".

NO HOLDS BARRED Info on Randy Couture, Pericles Lewnes, and the Documentary "FIGHTER"

For those who want to hear this week's special two-part edition of NO HOLDS BARRED, where we interviewed MMA and wrestling legend Randy Couture, filmmaker and former wrestler Pericles Lewnes, and discussed both the extraordinary career of Couture and the new documentary film about him shot by Lewnes called "FIGHTER", please note that once again the first site I usually list where the show can be heard, PodOmatic, may be down again when you try to access it.

This entire two-part edition of NO HOLDS BARRED is still available, and of course for free, at alternate sites.

To listen to part one of NO HOLDS BARRED, just click here or here.

To listen to part two of NO HOLDS BARRED, just click here or here.

You can also just go to my page on NowPublic.com to hear this and most of the older shows.

The PodOmatic admins wrote on their forum that their servers were down for about three and one half hours Friday morning but are now back up.

On this week's edition of SecondsOut Radio, host Eddie Goldman begins by discussing some of the major controversies from this past weekend's fights. We focus on the fights involving WBA heavyweight champion Nikolai Valuev (45-0, 33 KOs), who defeated Monte Barrett (31-5, 17 KOs) by an 11th round TKO in Rosemont, Illinois, and the new WBC lightweight champion, Joel Casamayor (34-3-1, 21 KOs), who won a split decision over Diego Corrales (40-4, 33 KOs) in Las Vegas, Nevada.

We also speak with the top super middleweight in the world, the undefeated WBO and IBF champion Joe Calzaghe (41-0, 31 KOs), who defends his titles against Sakio Bika (20-1-2, 13 KOs) this Saturday, October 14, in the MEN Arena in Manchester, England. We caught up with the champ on an international media teleconference call.

NO HOLDS BARRED Parts One and Two: Randy Couture, Pericles Lewnes, and the Documentary "FIGHTER"

On this special two-part edition of NO HOLDS BARRED, host Eddie Goldman speaks with mixed martial arts and wrestling legend Randy Couture and filmmaker and former wrestler Pericles Lewnes. We focus both on the extraordinary career of Couture and the new documentary film about him shot by Lewnes, called "FIGHTER", which premiered last Friday, October 6, at a film festival at the world famous Mann's Chinese Theater in Hollywood, Calif.

In part one, we speak with Randy Couture about his role as a wrestler, both a four-time U.S. Greco-Roman national champion and a three-time All-American at Oklahoma State, entering the world of mixed martial arts and the Ultimate Fighting Championship (UFC) in 1997. We discuss his current activities, including his upcoming submission wrestling match in the Professional Submission League in November, and his new position with The Fight Network. We also discuss the relations between the mixed martial arts and wrestling worlds, and his views on the state of both today.

In part two, we speak with Peri Lewnes about the documentary "FIGHTER". This film provides a rare behind-the-scenes glimpse into the mixed martial arts world of the mid- to late-1990s. The film also documents the key role played by former NCAA wrestling champion and Iowa Hawkeye Rico Chiapparelli in training wrestlers to make the transition to mixed martial arts. That period is considered by yours truly as the real Golden Age of UFC.

The documentary "FIGHTER" is a must-see for all those interested in mixed martial arts, wrestling, combat sports, or sports in general. It pulls no punches, and is thus a treat for those who like their combat sports history no-holds-barred.

"FIGHTER" is available on video from MMA Classics. The web site of Randy Couture is here. The web site of his new gym, the Legends Mixed Martial Arts Training Center in Hollywood, Calif., is here.